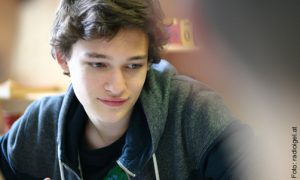 A News Show Audioplay for English

The September 11 attacks (also referred to as 9/11) were a series of four coordinated terrorist attacks by the Islamic terrorist group Al-Qaeda in 2001. The attacks consisted of suicide attacks and were aimed at symbolic U.S. landmarks. Almost 3000 people died.

For their English classes, Emil and Dominik have done extensive research on the trial for alleged 9/11 mastermind Khalid Sheikh Mohammed. Here is what the fifth-graders at KLEX came up with. They act as anchorman and a victim’s relative.